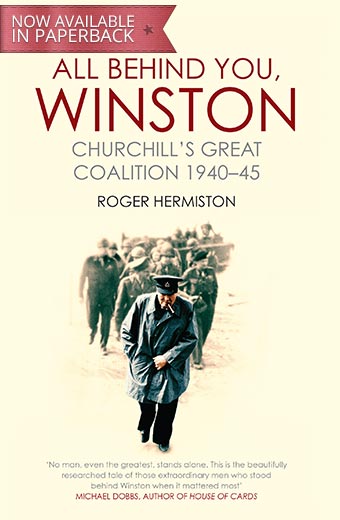 All Behind You, Winston
Churchill’s Great Coalition 1940-45

On 14 May 1940, the Evening Standard published a cartoon ‘All Behind You, Winston’. It showed Churchill, the freshly installed prime minister, rolling up his sleeves to confront the oncoming menace of Nazi Germany. In his wake, leading the endless ranks of the British people, marches the most prominent figures of his new coalition government. It was a potent expression of a moment when Britons of every class were truly all in it together.

I've just completed a new book about the Cold War. It is called TWO MINUTES TO MIDNIGHT - 1953: The Year of Living Dangerously. Here's a taster..

January, 1953. It is eight years on from the most destructive conflict in human history and the Cold War has entered its most deadly phase. An Iron Curtain has descended across Europe, and hostilities between the United States and the Soviet Union have turned hot on the Korean peninsula, as the two powers clash in an intractable and bloody proxy war.

Meanwhile, the pace of the nuclear arms race has become frenetic. The Soviet Union has finally tested its own atom bomb, as has Britain. But in the middle of the Pacific Ocean, the United States has detonated its first thermonuclear device, dwarfing the destruction unleashed on Hiroshima and Nagasaki at the end of the Second World War.

For the first time the Doomsday Clock is set at two minutes to midnight, with the chances of a man-made global apocalypse becoming increasingly likely. As the Cold War powers square up in political and military battles around the globe, every city has become a potential battleground and every citizen a target. 1953 is set to be a year of living dangerously. 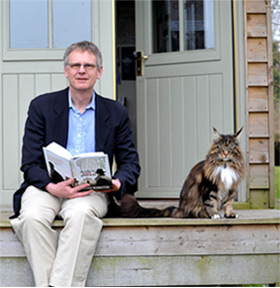 I’m a writer of contemporary history books that are underpinned by rigorous scholarship, enhanced by a journalist’s eye and driven by exciting storytelling.