All Behind You, Winston
Churchill’s Great Coalition 1940-45

On 14 May 1940, the Evening Standard published a cartoon ‘All Behind You, Winston’. It showed Churchill, the freshly installed prime minister, rolling up his sleeves to confront the oncoming menace of Nazi Germany. In his wake, leading the endless ranks of the British people, marches the most prominent figures of his new coalition government. It was a potent expression of a moment when Britons of every class were truly all in it together.

But it also contained a truth that Churchill’s titanic historical reputation has since eclipsed: that neither he nor the country would have prevailed but for the joint effort of this remarkable ‘Ministry of All The Talents’. Indeed, without the vital support of the Labour Party, and its leader Clement Attlee, Churchill might never have become prime minister at all.

All Behind You, Winston tells the story of the men – and two women – who steered Britain through its darkest hour, showing how they won the Second World War, and how they laid the foundations of the New Jerusalem that followed. It explores the roles played by characters as diverse as the mercurial newspaper magnate Lord Beaverbrook, the pugnacious trade union baron Ernest Bevin, Lord Woolton, the department store boss who became Minister for Food, and Sir John Anderson, one of the first people to contemplate the awful power of the atomic bomb.

Five years after the cartoon in the Evening Standard, Churchill predicted that history would shine a light on ‘every helmet’ of his ‘great coalition. As it was, many were forgotten. This book seeks to recover their memory, and to celebrate a generation of politicians who rose above party to put their country first. 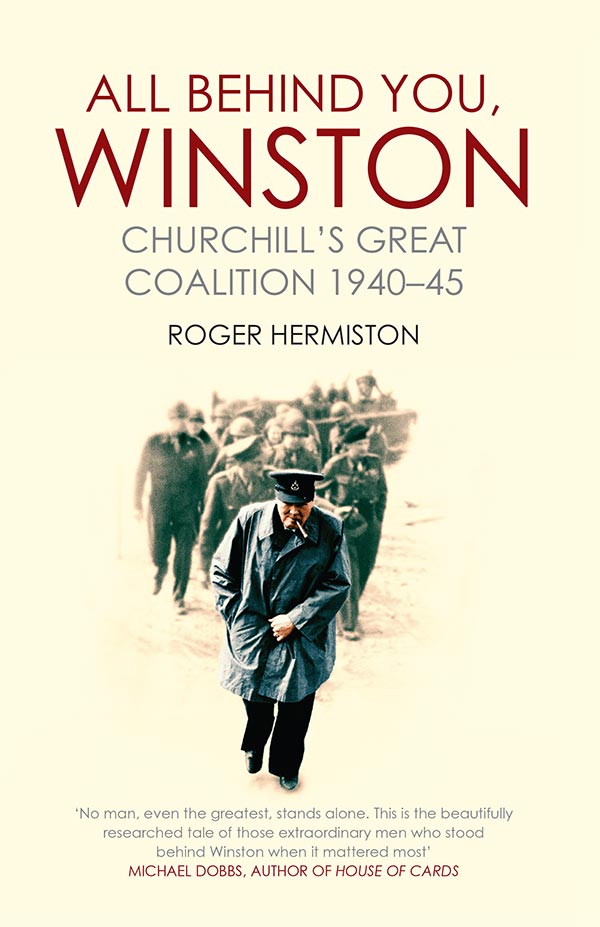 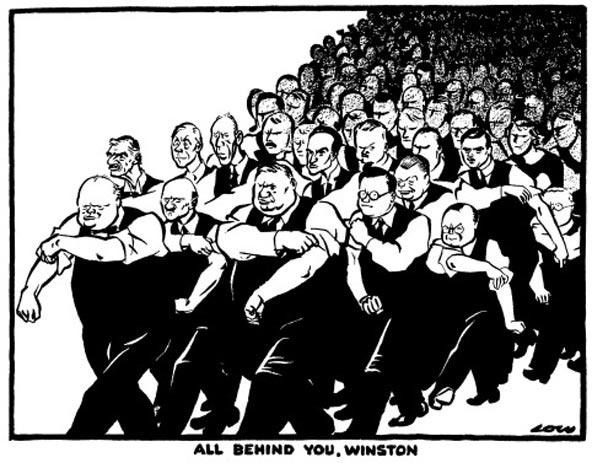